Kindle Fire and a $100 Paypal Giveaway 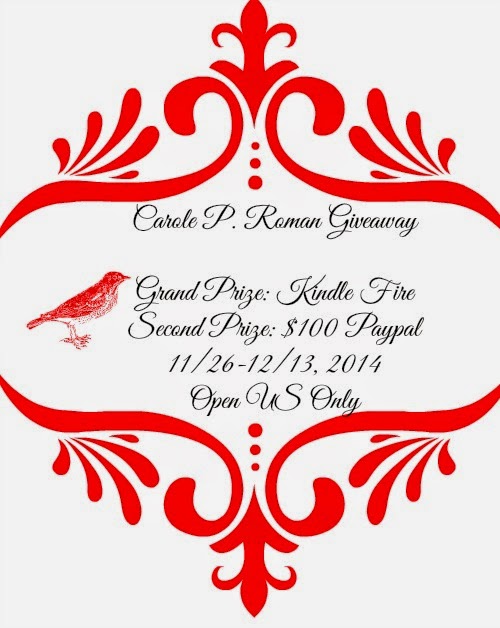 This is awesome.. Another chance for a Kindle Fire and $100 Paypal.  There will be two winners.  Good Luck to each and everyone of you.

Named to Kirkus Reviews’ Best of 2012 for her first book, award winning author Carole P. Roman started writing as a dare from one of her sons. Using an imaginary game she played with her grandson as a base, Captain No Beard was born.”Captain No Beard- An Imaginary Tale of a Pirate’s Life” has not only been named to Kirkus Best of 2012, it received the Star of Remarkable Merit, and won the Pinnacle Award for 2012. “Pepper Parrot’s Problem with Patience” Book 2 in the series, received 5 Stars from The ForeWord Review The Clarion Review. Strangers on the High Seas has won second place in the Rebecca’s Reads Choice Awards 2013. It has followed with six more books to the series.Motivated by her love of yoga, Roman has written a book that not only teaches four poses, but shows how easy and accessible yoga can be.

Writing for children has opened up a whole second act for her. While she is still working in her family business, this has enabled her to share her sense of humor as well as love for history and culture with the audience she adores. Roman lives on Long Island with her husband and near her children. 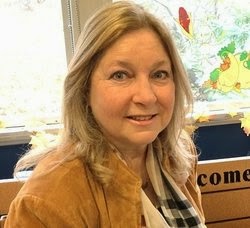 Just in time for the beginning of the holiday seasons, Carole P. Roman is generously giving away two wonderful prizes for her readers. Grand prize is an Kindle Fire with a second prize to another winner of $100 Paypal.

Would you like to win one of these? Well, you could! Enter in the Rafflecopter below. Please make sure to read the disclosure carefully. Good luck!

This giveaway has been arranged by Away We Go Media on behalf of Carole P. Roman who is responsible for this giveaway. We Heart Family and Friends was asked to promote this giveaway and was not compensated for this post.

This giveaway is open to 18+ years of age and US only. The giveaway will run from November 26, 2014 at 12 Midnight MST through December 13, 2014 at Midnight MST. There will be two winners and will be chosen at random by Rafflecopter.com.

NOTE: The first entry on the Rafflecopter is mandatory. You must enter your full name, address, and email in order to be eligible for this giveaway. However, this sole entry does not constitute a win for you as you must enter at least one other entry. If you do not follow this rule you will be automatically disqualified. All entries will be verified. Your address will not be sold to any third party and only viewed and used by Away We Go Media for the purposed of the winners chosen.

Thank you for entering!

We Heart Family and Friends is not responsible for prize fulfillment nor shipment.  No social media site is sponsoring or endorsing this giveaway and are not associated in anyway.

Hello,  my name is LaDonna.  I am from Indiana in the USA.  I am the owner of We Heart Family and Friends, Happy Home and Family, and Thrifty 4nsic Gal,   I have been blogging since 2010.  I am a mom to six children. I enjoy blogging, writing content, reviewing products, holding giveaways and posting sweepstakes.  I love to cook, but do not like the clean up afterwards.  Who does right?  My family has a female dalmatian named Bonnie, a male miniature cocker spaniel named Marley, a female brindle Pit Bull with blue eyes; named Gypsy, a female cat named Sophie, a few rabbits, and fish as well.

Want to Get My Updated Posts?

Looking for Something? Search Our Site Here!